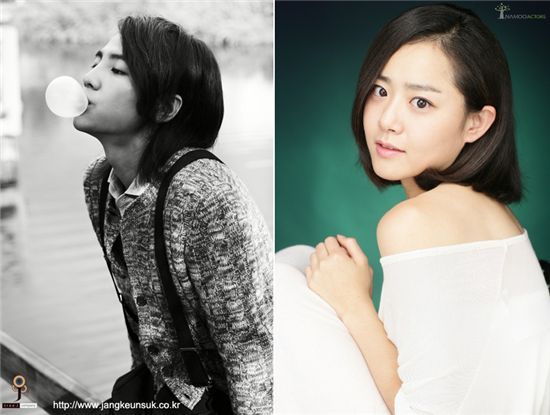 Upcoming Korean drama "Marry Me, Mary!", starring actor Jang Keun-suk, has been presold to Taiwan ahead of its premiere in Korea, according to the show's promoter Ytree Media.

Ytree announced through a press release that the new KBS series was presold to the country's Taiwan Star TV during the Taipei TV Festival, which was held on September 27 to 29, due to its storyline and cast.

"Marry Me, Mary!", based on the online comic by famed cartoon writer Won Soo-yeon, is a romantic comedy which revolves around Mary who makes realizations about love and herself while being in two fake marriages for 100 days -- to Moo-kyul, a bohemian lead vocalist of an Indie band, and Jung-in, a man who has the brains, looks and wealth.

Korean actress Moon Geun-young will play the role of Mary, Jang the role of Moo-kyul and actor Kim Jae-wook Jung-in.

"'Marry Me, Mary!" has received a lot of interest because of its writer who wrote 'Full House' and scenarist In Eun-ah from hit TV series 'Goong' since its planning stages", said the head of KBS' overseas media content.

The drama will premiere on November 8 after current TV series "Sungkyunkwan Scandal" ends its run.

"Korean TV series "Marry Me, Mary!" presold to Taiwan "
by HanCinema is licensed under a Creative Commons Attribution-Share Alike 3.0 Unported License.
Based on a work from this source