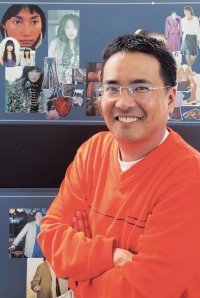 Born in 1967. Bae Hyeong-joon is the director of < Too Beautiful to Lie >, which was his first hit as well as his debut film. He had experience as an assistant director and a producer for < Sunset into the Neon Lights >, < Man >, < Ghost Mamma > and < Tie a Yellow Ribbon >. With his debut, he was well recognized for his ability in commercial filmmaking. In particular, by drawing out the acting skills of Kang Dong-won, who barely knew the meaning of acting, and with its subject of a female swindler which could easy have been played to extremes, he showed his ability to transform the story into a high quality comedy. With the success of his first feature film, he received many offers, and < Once Upon A Time In Seoul > was the film he chose for his second hit. He decided to direct the film as soon as he read the script, with not a single doubt. He is now aiming to realize a new stylized commercial film centered on hard-boiled action and the life of two boys, where the life seems even harder than the war, struggling to survive in a tough world after the Korean War.