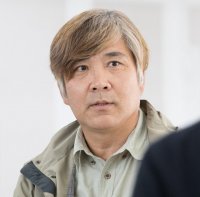 Bok began his career as a director of photography for broadcasting channels in 1997.
He has been a volunteer in the organization, The Korea Federation for Environmental Movement and made documentary films about the environmental issue.his films were screened at various film festivals including Black Tear which dealt with the victims of oil spill caused by Samsung. It was the opening film of 2008 Green Film Festival in Seoul. As a filmmaker and director, he has been continuously trying to capture human beings in danger.