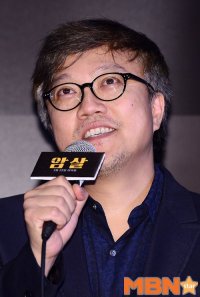 After graduating from the prestigious Korean Academy of Film Arts, CHOI Dong-hoon makes his feature film debut with "The Big Swindle." He worked as first assistant director for Director IM Sang-soo's acclaimed film "Tears," and has earned the reputation as an innovative and excellent screenwriting filmmaker. Producer CHA Seung-jae praised him as a "genius storyteller" for his spectacular ability to develop elaborate stories.