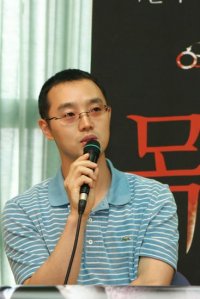 Born in 1970, Seoul. Korean Academy of Film Arts, Directing 1994. He reveived BA in Linquistics at Seoul National Univ. and MFA in Filmmaking at San Francisco Art Institute. He was director of Korean Academy of Film Arts and is professor at Soongsil University. He directed films Voice Letter (2005), Life is Cool (2008) and mama (2011) etc., and produced films such as Ingtoogi (2013), Socialphobia (2015), Alice in Earnestland (2015).