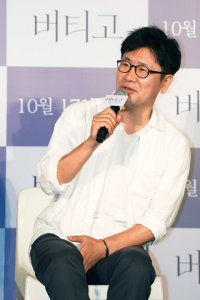 Born in 1972. JEON received his B.A. in philosophy at Sogang University. With passion for staged musical and dance, he had produced and written several plays. He worked as the assistant director for "Singles" (2003. directed by KWON Chil-In). "The Ghost Theater", an odd poignant cult musical is his feature debut.