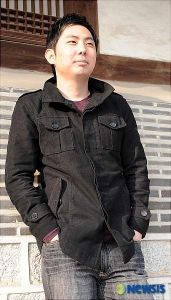 Born in 1977. He worked as a member of the staff during production of the film and . JUHN made a strong and keen impression with his first short film Colors, officially selected by the New York International Independence Film Festival. And his latest short film, Mul-go-gi (Fish), which boasts a strong native Korean flavour, was invited to compete in the short film section for the 2007 Venice Film Festival. In 2007, he directed his feature film debut < Beautiful >, adapted from KIM Ki-duks original story.