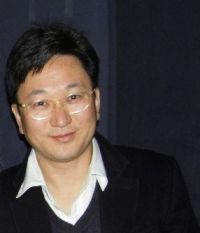 Korean director JEON Kyu-hwan already received a favorable reception by the international film festival with his debut film "Mozart Town" in 2008. His second film, Town Series 2 "Animal Town" also received rare reviews by the critics and journalists at San Sebastian and won the prize as International Jury Special, NETPAC Award and the Audience Award through international film festival of Europe, Asia and North America. Recently, he directed Town Series 3 "Dance Town". And now, he is going on his 4th film Grotesque "Weight". It will be co-production with abroad. He also has a global project, his 5th film "Varanasi" and his 6th film "Waves".