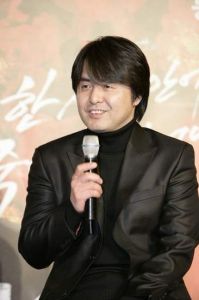 After graduating in 1991 with a degree in film from Chungang University, JIN became a producer at MBC ADCOM. He also worked as a DCN producer before establishing HOBAK Communications and produced commercials and marketing for businesses. He debuted with his first feature film which he also wrote, Beautiful Sunday, in 2007. Yeosu is his second feature.