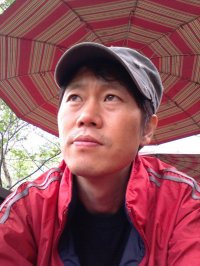 Jo was born in Hongcheon, a remote mountain village located in the east region of South Korea in 1972. It was in his late teens when he decided to become a filmmaker after seeing the film "Out of Africa" (Sydney Pollack, 1985) in a proper theater for the first time in his life. In order to realize his dream, he moved to Seoul. He attended the Seoul Institute of the Arts, majoring in Film Directing. After working in the directing team of "Birdcage Inn" (KIM Ki-duk, 1998), he participated in another movie by director KIM, "Bad Guy" (2001) as an assistant director.