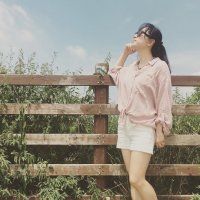 Based in Incheon city, Choi has worked for the Incheon Womens Film Festival for a long time as a general manager and programmer. From 2011 to 2016, she was a festival director for the IWFF. She made a trailer for WIFF in 2018 and finished the filmmaking course at the Hankyoreh Education center in 2017. She directed her first short film Late Afternoon and Uncomfortable is her second film.