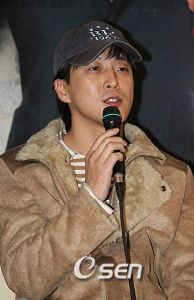 KIM graduated from New York Institute of Technology, majoring Film and Communication. His short film Shower was invited to the competition section of Busan Asian Short Film Festival (2000). He worked as a production assistant for Karyn Kusama's < Girl Fight >(1999), a winner of the director's award and grand jury prize at Sundance, plus the Young Cinema Award at the Cannes Film Festival. He worked as an assistant director on < Friends > (2001) and < Champion >(2002). With < Project Makeover > (2007), he made his feature film debut.