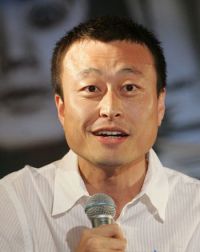 KIM is a new talent who has proven his formidable directing skills with his film shorts which won numerous awards at film festivals. Many of his shorts such as < Grand. Fa. Ther >, < On Leave >, < Just Do it > illustrate his attentive and affectionate observations on life. In his feature debut, < Wanee and Junah >, he beautifully illuminated in fine details the dreams, love and growth of the youthful characters who are in their twenties. "The Red Shoes" is his second feature film.