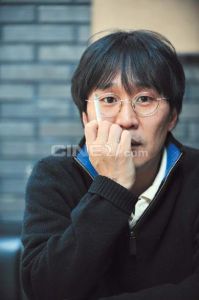 As a veteran screenplay writer, KONG Soo-chang has gained a reputation for his thrillers and horror films, such as < White Badge >, < Tell Me Something >, and < Ring >. He is a graduate of the Korean Literature Department at Hanyang University. Upon graduating, he joined 'Jang San Got Mae', an independent film union and wrote a screenplays, such as 'Oh, My Country of Dreams' and 'The Day Before Strike' . When he adopted the novel 'White Badge' into a screenplay, it was acclaimed the best Vietnam war film in Korea. He also adopted < Ring Virus > from the original version in Japan, and it saw immediate success for being equally as great as the original.