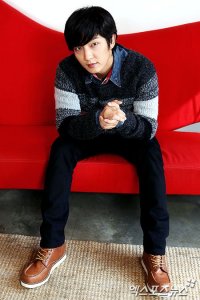 Lee Joon-gi was born in Pusan, South Korea raised by his father and mother. Although he had many difficulties gaining part-time jobs and completing his studies, through trial and error he managed and succeeded at the Seoul Institue of Arts. When Lee travelled to Seoul with the help of a friend he was able level himself and accomplish one of his dream careers of becoming an actor.

After joining the agency, Mentor Entertainment, Lee Joon-gi's first film project was in "The Hotel Venus" as the careless and naive, Boy. This allowed Lee to push into other minor roles such as Seong-ho from "Drama City: What Should I Do?", Chan-gyu from "Star's Echo" and Dong-wan from "Flying Boys." Lee Joon-gi has made a lot of changes in his career since he started out. In 2007, Lee joined EEG making his entry into the Chinese market and was the year's recipient of its Rising Star award at the 27th Hawaii International Film Festival. Later in 2008, Lee was rewarded the title of Hallyu Star and was chosen as ambassador for the 2008 Seoul Hallyu Festival.

One of his most known personality traits is he's well known amongst his fans as generous and reliable. Throughout his year's of being an actor Lee has shown much gratitude and love towards his fans. Fan concerts Episode 1 and Episode 2: The Mask, which allowed for him to not only get a better understanding of his fans but for his fans to understand him as well. In 2010, Lee Joon-gi established is own agency, JG Comapny Inc, due to a conflict between his manager and Mentor Entertainment in 2008. In doing so Lee has been able to further his career, but due to military contract Lee was held back for military training and returns February 2012.