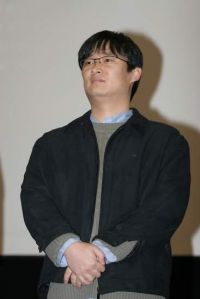 As a first-time feature film director, LEE received critical acclaim and numerous festival invites and awards with his short film For the Peace of All Mankind (1999). A witty and heartwarming portrayal of humanism during a life-threatening crisis, the film tells the story of a soldier set against a little girl on the enemys side during a war. In addition, his presentation of a street vendor who sells super glue in the short film Super Glue (2001) was noted for its seamless direction and comic touches