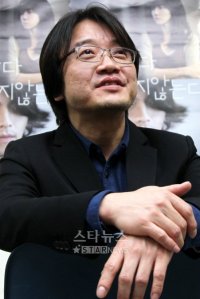 In his debut film < This Charming Girl >, director LEE portrayed with an unerring eye the ordinary feelings of loneliness, the memories of a broken heart, and the internal transformation wrought by the energy of a new love as experienced by one ordinary woman. Through "sensitivity more delicate than that of a female director" and "a solid presentation that belies his status as a novice director," LEE has caught the attention of many critics in South Korea. He graduated from U.S.C in America and worked on A Contempt Best Picture Award in 1st Seoul Short Film Festival and Promise M/V as like Producer. He directed Love of Contemporary The final selection work in 2nd Seoul Short Film Festival and wrote < Love Talk > a Winning piece of work in 2nd Best Film public subscription. He worked on A watercolor in the raining day (1989), Like Rain, Like Music (1992) and A crashing Love (1996) as like Assistant Director.< This Charming Girl >(2004) and < Love Talk > (2005) are Written and Directed by him. He also Directed The house I lived (2005)and < Ad Lib Night >(2006).