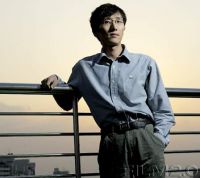 NAM graduated from the Department of Business Administration at Seoul National University and then he went to Moscow Film School. In 1995, NAM participated in Man (directed by YEO Kyun-dong) as an assistant director and screenwriter. The next year, NAM also directed his own 35mm short film "Memory" which was filmed in Moscow, Russia. Since 1998, NAM has been lecturing at the School of Film, TV & Multimedia of the Korean National University of Arts (KNUA).