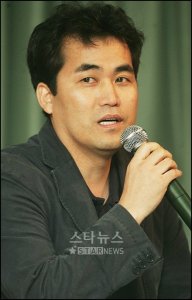 After working for a long time as an assistant director, PARK made his debut with the acclaimed movie < Addicted >, starring LEE Byeong-heon and LEE Mi-yeon in 2002. With this film, he gained a reputation for delivering a controversial story in a beautiful yet intense filmmaking style. In his second feature < Innocent Steps >, he tries to express that the most beautiful love can bloom between two most different people.