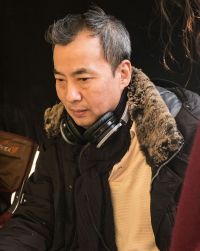 RYOO Jang-ha was born in 1966 in Seoul, Korea. He graduated from JungAng University, and also graduated from the12th Korean Academy of Film Arts as the very best student. In 1998 he started to work with Director HYE Jin-ho for the feature film < Christmas in August> as a assistant director. In 2001 he worked with Director HYE Jin-ho again not only a assistant but also a scenario writer for the feature film < One Fine Spring Day >.