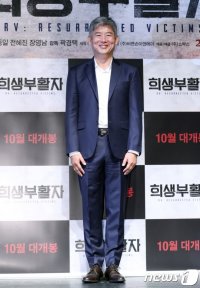 Sung Dong-il is gaining more popularity than ever with his recent drama Answer Me 1994 and a reality/variety show Dad, Where are you going? After starting his acting career in 1991, Sung has built a prolific acting career in film and television. Following years of supporting roles in TV dramas, Sung's film career was jumpstarted by hit romantic comedy "200 Pounds Beauty" in 2006. Subsequently, he became one of Korea's most reliable supporting actors, displaying his comic skills and easy charm in films such as "Take Off", "Foxy Festival", "Children...", "Suicide Forecast", and "The Client". He also had major roles in "The King of XXX-Kissing", and 3D blockbuster "Mr. Go". Sung also has garnered praise for his roles in dramas such as "The Slave Hunters" and "Answer to 1997".