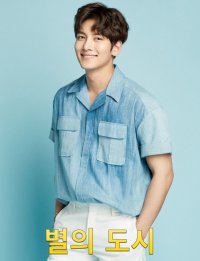 Synopsis
Seasoned director Jang Jin's debut drama about two men who have always wanted to travel to space, get chosen for an astronaut cultivating project at a time when the Earth's energy has run out, and the struggle to possess Helium 3, which is a possible future alternative energy and the fight between secret service agencies.

Yoo Dong-ha, a former Air Force Pilot and current light aircraft pilot, is the main protagonist of the drama.