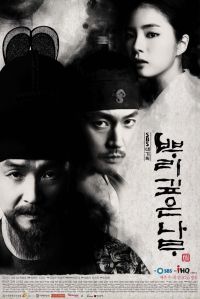 24 episodes - Wed, Thu 21:55
Synopsis
A high-budget historical thriller with an unusual concept, "Deep-rooted Tree" stars Jang Hyeok as a brilliant Joseon-era investigator. Kang Chae-yoon is an ordinary guard in the imperial palace during the reign of King Sejong. The King has a vision to create a written language for Korea, and has worked with scholars to create the first Korean alphabet. In this project he is helped by So Yi, a beautiful, mute lady of the court. When palace scholars begin getting murdered seven days before the release of the official hangul (alphabet), Chae-yoon takes it upon himself to investigate. He begins to uncover a vast, labyrinthine conspiracy behind the serial killings, which leads him to a group of shadowy, powerful men who seek control of Korea's fate. As Chae-yoon inches closer to the truth, he discovers how far the roots of their powers extend, and finds his own life in danger. Based on a bestselling novel by Lee Jeong-myeong, "Deep-rooted Tree" is a tense, finely-crafted series, laced with mystery and romance.

View all 847 pictures for "Deep-rooted Tree"