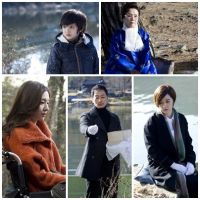 1 episode - Thu 23:15
Part 10 of the "Drama Festival" series
Synopsis
The twisted family history begins with a desire for the unattainable. Like a single ray of light brightening the family, a boy has carried compassion for his mother living in darkness. A father thirsts with a sense of loss at his flailing relationship with his son. In the end, he is drawn toward Anna, who is trapped in a similar solitude. The mother learns what has happened between the two, and in a state of shock, falls from a cliff by accident.

View all 15 pictures for "Drama Festival - Me, Mom, Dad, Grandma and Anna"