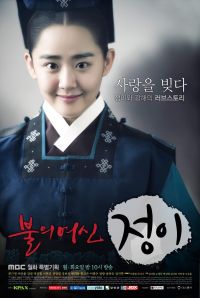 32 Episodes - Mon, Tue 21:55
Synopsis
Deals with the fancy life and love of Baek Pa-seon, the Choun's first female dish-maker. True character Baek Pa-seon rose to the highest position as the best pottery maker but was taken to Japan during the Japanese Invasion and promoted Chosun's pottery making.

View all 224 pictures for "Goddess Of Fire Jeongi"