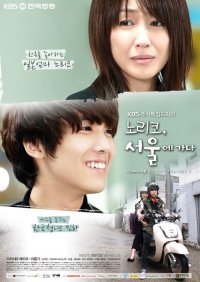 View all 96 pictures for "Noriko Goes to Seoul"