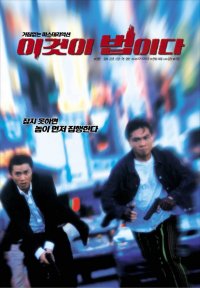 One day, a body turns up with a tarot card on him. He is the one who got off scot-free from a rape and murder charge due to lack of evidence. What's worse is that the footage of his murder is aired on the Internet. A serial killer, who punishes the powerful with the law in their favor, warns the police that he would continue his job of putting away those above the law. The police set up a special investigation team to catch this serial killer led by Chief Kim. Team members, Detective Bong, Detective Kang and Detective Pyo do everything to nail the killer. Although hot-blooded Detective Bong and cool-headed Detective Pyo can hardly join forces, they take one step at a time and get closer to the perpetrator. However, the killer watches their moves and acts ahead of them. Soon, the special team finds out that the killer is involved with the ring called Ilsim that brings those who evade the law to justice.

Out of Justice | Cast

Out of Justice | News

Out of Justice | Soundtracks, OST (Sponsored)

Out of Justice | Pictures

View all 41 pictures for "Out of Justice"

Out of Justice | Videos | Suggest a video

Out of Justice | Links | Suggest a link

Out of Justice | Reviews

Out of Justice | Facts

Out of Justice | Community

Out of Justice (이것이 법이다)