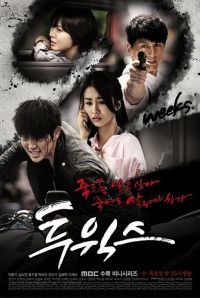 16 episodes - Wed, Thurs 21:55
Synopsis
The aimless and indifferent Jang Tae-san (Lee Joon-ki) never had much going for himself, but the worst-case scenario just happened: Tae-san is shaken back into life when hes not only wrongly accused of murder, but also discovers he has an illegitimate child - a young daughter stricken with leukemia. As the desperate days unfold, Tae-san must save his dying daughter and find a way to clear his name. But for a man whos never lived with purpose, will it be possible for him to make his time count in these crucial moments? Life may not always give second chances, but its given Tae San two weeks.

View all 228 pictures for "Two Weeks"