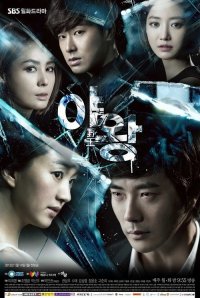 24 Episodes - Mon, Tue 21:55
Also known as "Queen of Ambition"
Synopsis
A former announcer who gets fired after rioting against her husbands death, becomes the first female president of Korea. Another story of "Daemul - Big Thing"'s creator Park In-kwon.

Joo Da Hae (Soo-ae) is the quintessential girl from the wrong side of the tracks. Growing up destitute, she develops the singular dream of becoming a trophy wife one day. But its not all fun and games when she sets off on a journey of conspiracy, greed and malice. Kwon Sang Woo stars as Ha Ryu, an innocent man who is so deeply in love with Da Hae that hes willing to sacrifice everything - and commit the unfathomable.

View all 275 pictures for "Yawang"