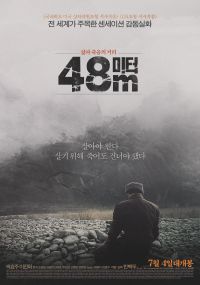 Synopsis
I had to live...I had to cross to live...

There were people who crossed the border at the Yalu River which only separates North Korea and China by 48 meters, risking their lives to survive.
A pair of sisters witnessed their parents get killed at this border. A soldier had a guilty conscience about the fact he had to shoot everyone he saw at the border. A couple who had to get out of that hell hole with the one they love. Parents who have to keep their starving child alive and a daughter who has to leave to save her father.

The touching story of the people who had to risk their lives and cross 48 meters of the Yalu River starts now.