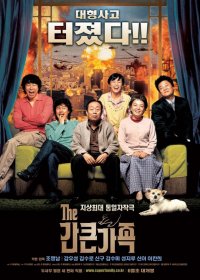 Synopsis
Myeong-seok and Myeong-gyoo's father, displaced from North Korea, is now near the end of his life. His two sons happen to know from their father's secret will that he would donate all of his fortunes to the Ministry of Unification if the two divided Koreas are not unified by the time of his death. To get hold of their father's property, the whole family is trying to fool him into thinking North Korea and South Korea have been finally unified. And their make-believe play continually brings crisis after crisis to the family.

View all 66 pictures for "A Bold Family"