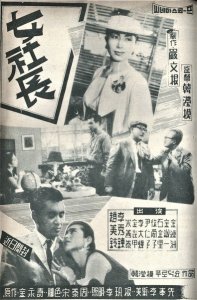 Synopsis
Would-be feminist Yoanna (Jo Mi-ryeong), running her own company, is insulted in a phone booth by a stranger named Yong-ho (Lee Soo-ryeon). While searching for a job, Yong-ho applies to a magazine named "The Modern Woman," not knowing that the company's boss is in fact Yoanna. She hires him with the intention of paying back the humiliation she received. But his masculine attitude captivates her and she ends up marrying him. She resigns her post and becomes a housekeeper, handing over the company to her husband.

View all 58 pictures for "A Female Boss"