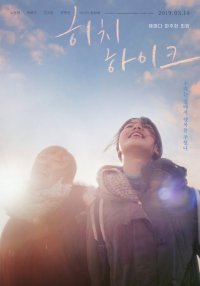 Synopsis
Sixteen-year-old Jeong-ae lives with her father in a redevelopment area in Seoul. Her father is diagnosed with terminal cancer, but has given up and is awaiting death. He tells her that everything becomes easy when you give up life than try to survive. However, Jeong-ae refuses to accept his idea and tries to overcome the hardships of their life.

One day, a letter arrives for Jeong-ae from her mother, who had left her a long time ago. Believing that finding her long lost mother is her last hope, she decides to contact her.

On her journey, she finds someone she thinks may be a friends birth father. Given the chance to stay at his house, she is attracted to this man as a father, rather than her bedridden one. It appears that Jeong-ae misses a father figure that can be a strong, warm hedge around her, more so than a biological blood relation. However, this is a longing that must be overcome with maturity. She concluds to go out again in search of her mother.

View all 40 pictures for "A Haunting Hitchhike"