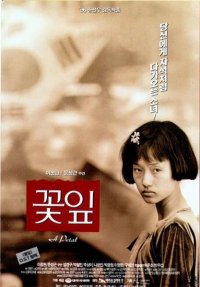 Synopsis
May, 1980 during the Gwangju uprising. A 15-year-old girl deserts her dying mother and runs away amid gunfire. Years late, the girl calls a construction site worker Jang and follows him everywhere. Jang knows that the girl has experienced something unimaginable. The girl never talks and always has a far-off gaze. Her mind seems to be torn into pieces which frustrates Jang. He becomes absorbed into the pain and sadness of the girl, and finds her one day in front of her mother's grave. There, she tells how she had to abandon her mother in order for her to live.

View all 24 pictures for "A Petal"

A Petal | Links | Suggest a link