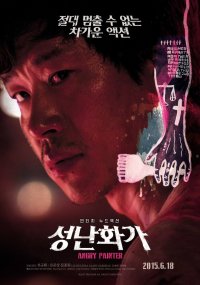 "Angry Painter" is a co-production between South Korea and Estonia
Synopsis
Yoo Joon-sang plays the mysterious hunter, who works together along with Driver (Moon Jong-won) to chase after an evil murderer. Just like a painter would do, he completes a painting on a canvas and then leaves on a motorcycle to somewhere endlessly.

View all 47 pictures for "Angry Painter"