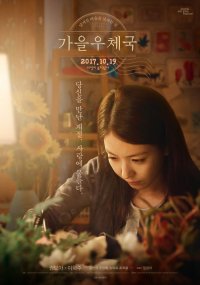 Synopsis
As 30-year-old Soo-ryeon prepares for the end of her life, expecting to die from the disease that took her father's, a 26-year old man named Joon enters the picture. Soo-ryeon would like to prepare for the end quietly, but because of Joon things don't quite go as planned.
19th Jeonju International Film Festival 2017 - Korea Cinemascape

View all 16 pictures for "Autumn Sonata"