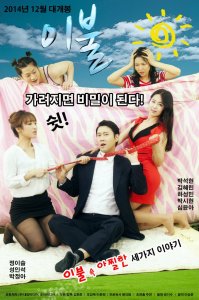 Synopsis
General Manager, Byun Tae-sup is about to conduct the brutal individual performance review, as the companys performance dropped due to the bad economic condition. Under the stressful situation, he is forced into preparing a company picnic for his team and falls into a trap set up by the companys Executive Advisor, who is one of his senior alumni.
Byun Tae-sup, who in such a stressful situation, happens to drink too much and says careless words by mistake, which put himself solely responsible for the downfall of team performance.
Now the team members feel relieved from the pressure of scheduled individual performance review, they start playing truth and dare game, leaving the drunken general manager knocked out next to them. Through the game, each truth related to bedding is revealed one by one including the reason why the Manager, Lee Jin-kyung looks after Kang Min-ho so affectionately and how Yura found out the General Managers secrets turned spunky and bold.

View all 25 pictures for "Bedding"