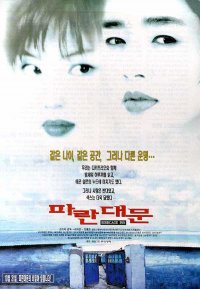 Synopsis
After the clearing of prostitution districts in Seoul, Jin-Ah sets out to Birdcage Inn in Po-Hang. The owner has a daughter in
college named Hea-Mi, and son in high school, Hyun-Woo. Hea-Mi despises Jin-Ah for having been a prostitute, and they begin to have problems. Jin-Ah happens to spend a night together with Hea-Mi's boyfriend, and the situation collapses when Hyun-Woo and his father begin to fight. Being in their prime, these two girls have conflicting lives; Jin-Ah sells sex but is free fro it while Hea-Mi is closed and hypocritical about sex. The situation becomes critical when a nude picture of Jin-Ah leads to scandal and an attempted suicide. Just before everything falls apart, the girls begin to discover that they have many things in common, and the sex that alienated one from the other turns into a mediating factor for reconciliation. In the end, Hea-Mi plans a shocking event for Jin-Ah that fills Birdcage Inn with heart-felt friendship.

View all 18 pictures for "Birdcage Inn"