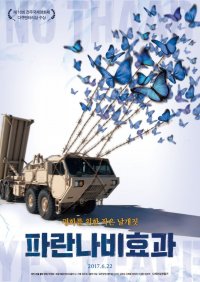 Synopsis
"Is a missile more important than people?"
"Nowhere in Korea is possible as long as our children are in it!"

A struggle occurred in the relatively conservative district of Kyeongsang-do, Seongju because of the THAAD deployment. In the center of it, were young mothers. The struggle started out of worry that their children will be harmed by the radioactive rays, although the more they learn about it, THAAD is a weapon that this country doesn't need. These women who were indifferent to social matters are now leaders demanding for peace and founded a community to fight against what they don't believe in. However, the governor of Seongju betrays the people and gives into the THAAD deplayment and the struggle hits a wall...