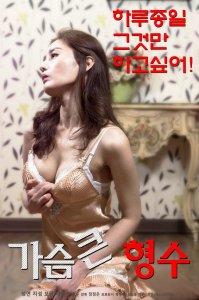 Synopsis
Jang-soo and Seong-yeon have been married for about 10 years, but they have an unspeakable secret; Jang-soo's brother, Jae-cheol. Jae-cheol used to go out with Seong-yeon before she met Jang-soo. And although Jang-soo couldn't help but marry Seong-yeon knowing her past, he himself had a young girlfriend named Eun-hye...
Jae-cheol was getting along fine with Eun-hye when one day she breaks up with him. The love story between two brothers in "Big Breasted Sister-In-Law" will soon come out.