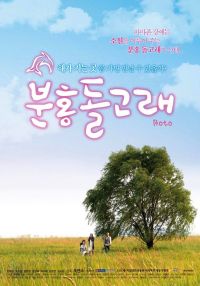 First, one summer... that's how we met.
Ji-won went to look for the pink dolphin that had been in her childhood dreams. On vacation, she meets an old man who tries to die.

Second, when we were together, we knew.
Three people who have their own pain. They learn and understand each other while on vacation.

Third, goodbye...
They both know but can't say when the grandpa first says, "Let's stop here."

View all 14 pictures for "Boto"