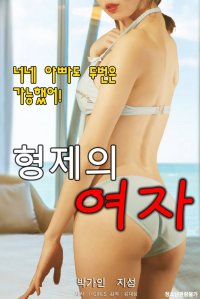 Synopsis
Ki-joon, who lived alone with his younger brother Sang-woo, is worried about Hye-ran, who was the mistress of his father who died in an accident not long ago. Hye-ran had no place to go since their fathers support had been cut off. She had no plans to move away and Sang-woo is into her. Meanwhile, Hye-ran is not satisfied with her sexual relationships with Sang-woo and she is worried about Ki-joons mind.

One day, Ki-joon mistakenly called Hye-rans name while having sex with his girlfriend, Ji-eun. Because of that incident, Ji-eun broke up with him and went home. Ki-joon who then was sleeping woke up to find someone caressing him. That person is no other than Hye-ran. At first, Ki-joon thought it was just a dream, but gradually gave in and uncontrollably had sex with Hye-ran.