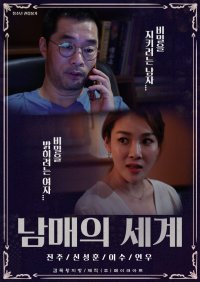 Synopsis
Jong-hwa is a famous writer who don't respond to interviews. Not long ago, his early novel, "Last Love" was made into a drama and aired. Even the original novel is No. 1 in sales. One year has passed since he married his wife, Soo-jeong. Without the permission of Jong-hwa, Soo-jeong accepted an interview, and so he is forced to give an interview for the first time in his life. Mi-soo is the brother the reporter had been waiting for so long. First love. My wife... Fifteen years ago, she suddenly disappeared from Jong-hwa's side. Seeing him, Jong-hwa wanted to ask more than the reporter, Mi-soo. Mi-soo came to Korea for an interview as an editor of a magazine that is unrivaled among Korean wave media in China. As an editor-in-chief he never went to Korea, but did after 15 years just for this interview. The meeting of the two reminds them of their good and bad times, and recalls the past...