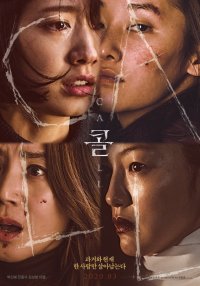 "It's little things like these that change a person's life."
Then one day, Seo-yeon and Yeong-sook make a small choice that will change their lives in the time they are in. Yeong-sook saves Seo-yeon's father, who had previously died 20 years ago, and Seo-yeon tells Yeong-sook her future 20 years later.
However, after Yeong-sook finds out her terrible future, she turns reckless and starts to threaten Seo-yeon!

View all 52 pictures for "Call"