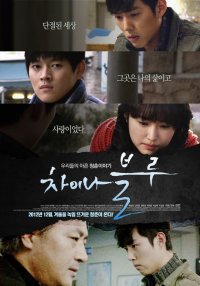 Synopsis
Eun-hyeok (Baek Seong-hyeon) and his gang know nothing but to use their fists and they are always in a fist fight with the ethnic Koreans, Gil-nam (Kim Joo-yeong) and his gang who are flapping their wings in their territory. Eun-hyeok meets Ching-ching (Jung Joo-yeon) an ethnic Korean who came to Korea to be a singer and falls for her. At the sight of her purity he thinks about his pas and doubts the fights with the other gang. Meanwhile, a case involving Yoon-sik and a wicked moneylender caused relationships with the ethnics to rise to the peaks and Ching-ching is in trouble as she might be used to entertain guests in return for becoming a singer...

View all 24 pictures for "China Blue"