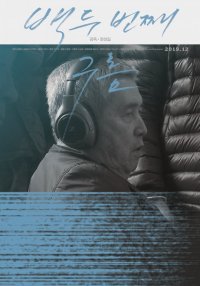 Synopsis
Journey of a year beside the veteran who makes his 102nd film.

At 6:00 in the morning on the 1st day of January in 2013 80-year-old film-maker Im Kwon-taek started shooting his 102nd film, after his unintentional 5 years' break. I visited the shooting scene with my camera and had stayed there until the end of that year. I've always wanted to record Im's shooting scene, as I believed that there we could find his secret manual which reflects the master's large experience. I've been through heavy snow to witness funeral scene. I've also been to the west coast to follow funeral cortege in the film. It was an experience to put the life in the frame alongside with the death. When the next spring came, the shooting finally ended. is a sequel of , director's previous years.

View all 7 pictures for "Cloud, Encore"