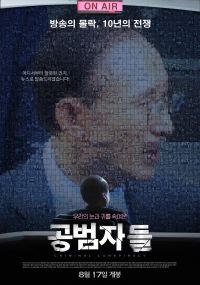 Synopsis
Choi Seungho's new documentary film. Public Broadcasting has changed over the last ten years and now it is on the wrong track now.

View all 82 pictures for "Criminal Conspiracy"