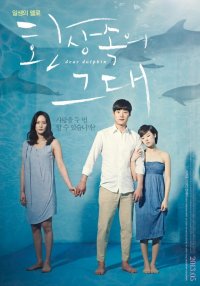 Synopsis
One year since my love left, still I stay with her in my fantasy.

One summer night, Cha-kyeong dies by a car accident, leaving her boy friend Hyeok-geun behind in the greatest sorrow. One year since she died, Hyeok-geun is still waiting for Cha-kyeong to come back. Denying the reality, Hyeok-geun builds a fantasy in his mind where he and Cha-kyeong secretly share the everyday life. To wake up Hyeok-geun from Cha-kyeongs illusion, Cha-kyeongs best friend, Gi-ok who was secretly in love with him, puts herself in the same accident with Cha-kyeong

View all 61 pictures for "Dear Dolphin"