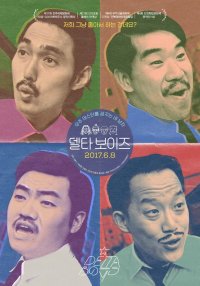 Synopsis
Four men who live at the bottom of the social ladder prepare to enter a quartet contest. The circumstances are far from favorable for them who each lack in something. A brilliant, humorous film about the trials and tribulations of young men.

View all 28 pictures for "Delta Boys"