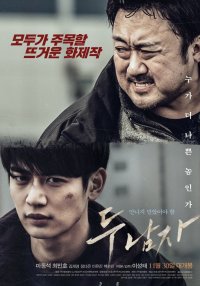 Also known as "No Way to Go"
Synopsis
Jin-il and Ga-yeong are teenage runaways who live like a family with other runaway children. Sometimes they do some delivery work, sometimes they steal things to make their living. When they run out of money, they make Ga-yeong lure a middle-aged man to a motel. She seduces him as if she were selling her body, but she fails to take any money from him, as he takes her hostage and demands Jin-il brings him money. It turns out that he is a crooked Karaoke bar owner who forces runaway girls like Ga-yeong to work for him. Can Jin-il rescue her?
"Derailed" describes the world as a jungle where only the strong survive. Fighting between the runaway teenagers is not uncommon, neither is the exploitation of these youngsters by adults, but there are teenagers conning the grown-ups too. A tyrannical man in the outside world can be an affectionate father to his daughter, but in a place where the law and system dont function at all, two men-one a grown-up, the other just a boy-battle for survival.

View all 53 pictures for "Derailed"